Heirs to ancestral skill and craftsmanship 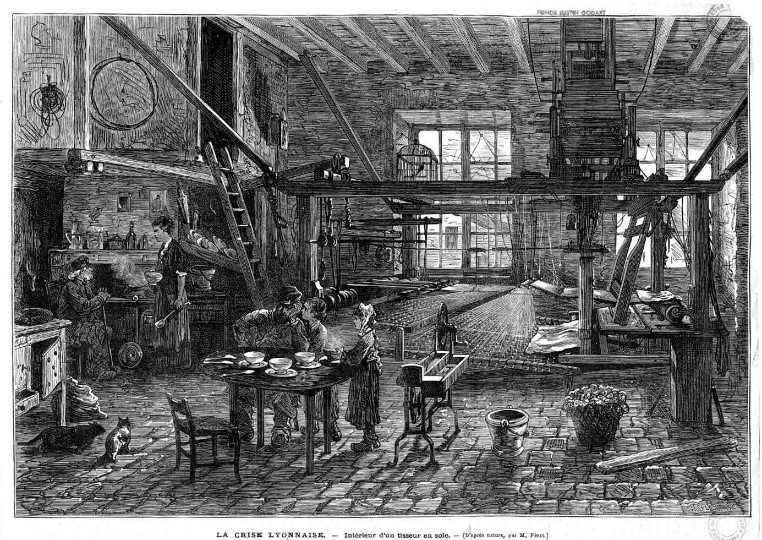 Heirs to ancestral skill and craftsmanship

Jacquard weaving is a craft that first begun to be practiced in Lyon in the 15th century, under the reign of King François I, when Italian weavers took on several apprentices from Lyon. And thus was born the Great Factory of Lyon, which was made up of small family-based workshops, who normally had about one or two hand looms each. Family life was organized around weaving cloth. The father of the family, after a period of five years as an apprentice, would become a Master Weaver. He worked on the weaving itself, while his wife would occupy herself with smaller tasks such as spooling and winding thread. The children would participate as well, especially when the larger draw-loom was introduced. With this, the children, thanks to their small hands, would weave tiny threads together to make larger cords for the new type of loom. Homes in the Croix-Rousse district of Lyon were specifically built with all this in mind, with the rooms always arranged in the same way: there was a large room facing the south to allow as much light in as possible for weaving, and behind the workshop was a kitchen, which had a loft above it, where the entire family lived.

The weaver’s craft consisted in manipulating a patch of threads (known as the warp) which was made up of around 10,000 ultra-fine silk threads, and interlacing it with a single thread (known as a weft thread) using a shuttle tool which held a spool of silk thread.This all required an extraordinary level of dexterity, agility, and nimbleness, so as to not break a single thread and to create invisible knots. Even more, the weaver would have to have a lot of patience to properly place 10,000 threads on the loom, and oftentimes more than that. The weaver would also have to be very skilled in the mechanics of the loom, in order to maintain all its inner workings in good order, and to be able to fix it when parts would occasionally break. Moreover, over time, the weaving loom itself underwent numerous transformations as new inventions and developments appeared. At first, only monochrome cloth was made. But, with the introduction of the draw-loom and thus cloth with various designs, Joseph-Marie Jacquard, a Lyon weaver,  invented the Jacquard loom in 1801. This loom was able to read a pattern that had been etched onto perforated cards corresponding to the design. This system, a precursor to modern computing systems, allowed for the flourishing of amazing and impressive new fabric designs. At the same time, much progress was made in developing improved methods for dying silk, thus enriching the palette of colors available for silk thread. New synthetic materials such as rayon, known as artificial silk, were also discovered.

The boss or master-weaver of a workshop was known as a Canut, and all the looms in the workshop belonged to him. He would work for silk manufacturers on a contract basis, who would make orders, threads, and designs. The amounts of money received by the Canuts from the proceeds of selling the cloth were at the heart of many conflicts, especially the “Canut Revolts” in 1831 and 1834, which gave rise to trade unions. After the revolts, however, the majority of small family workshops disappeared, and large weaving factories just outside Lyon took their place. 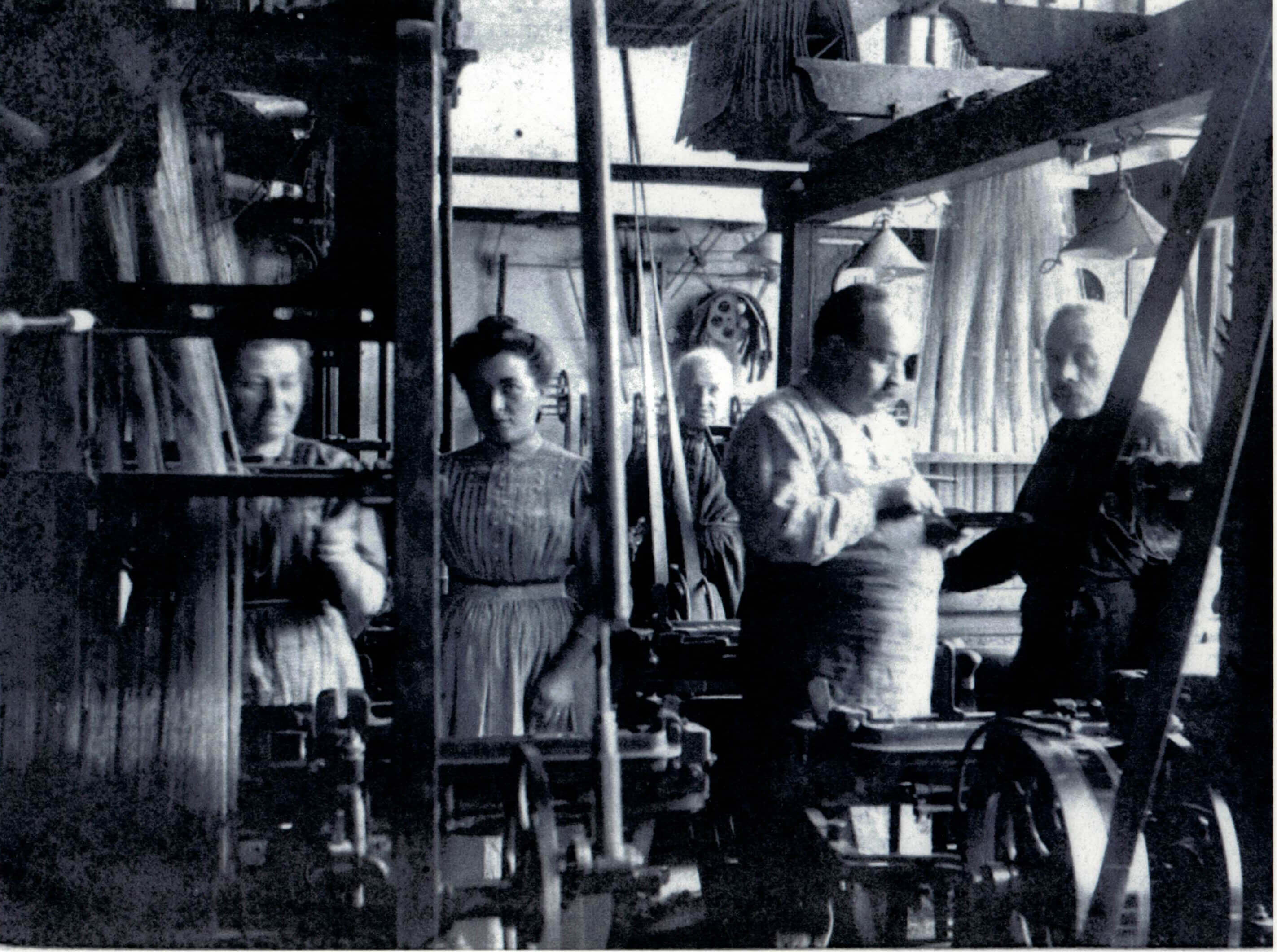 Our company, French Scarf - La Fabrique d'écharpe, is a true guardian of the old, family knowledge possessed by the Canuts, handed down to us from generation to generation. Since the French Revolution in 1789, we have continuously, up to the present day, perpetuated the tradition of Lyon silk-weaving. While we have updated our materials since then to keep up with the different inventions and innovations of the last few centuries, we have still firmly maintained the values of traditional workmanship by making our Jacquard scarves, which we sell worldwide on our website, www.french-scarf.com.

This is how it all began for our family:

Once upon a time, in 1790 more precisely, there was a weaver named François. He worked together with his wife in their small apartment on the 3rd floor of a beautiful building in Croix-Rousse (a neighborhood that is synonymous with the Lyon silk-weaving industry). With their manual hand looms, they wove gorgeous silk cloth for the royal court. After many years of hard work, their savoir-faire and skill truly stood out among all the Lyon weaving workshops. The designs of their cloth possessed an exceptionally rare finesse, the colors they used were mind-blowing with their brightness, and the silk they used was of unequaled quality. In 1817, they had three children to whom they transmitted their passion for weaving and beautiful fabrics, and so it continued from generation to generation. 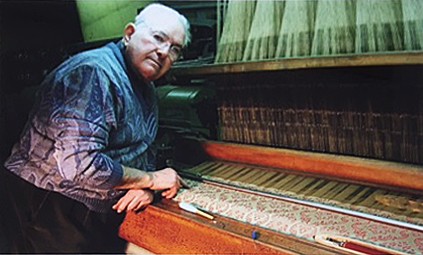 In 1960, the Lyon weaving industry was at its height, and Régis, the great-great grandson of François, took flight and moved the family loom out of his apartment and into a small workshop with five mechanical looms in a beautiful factory near his home. Together with his wife and daughter, he worked making cloth for French haute couture houses. He created complex and original fabrics for the biggest names in the French fashion industry. A true inheritor of his ancestors’ savoir-faire, he followed even the slightest technological advancements closely, and little by little, he modernized production with innovative concepts and numerous patents. 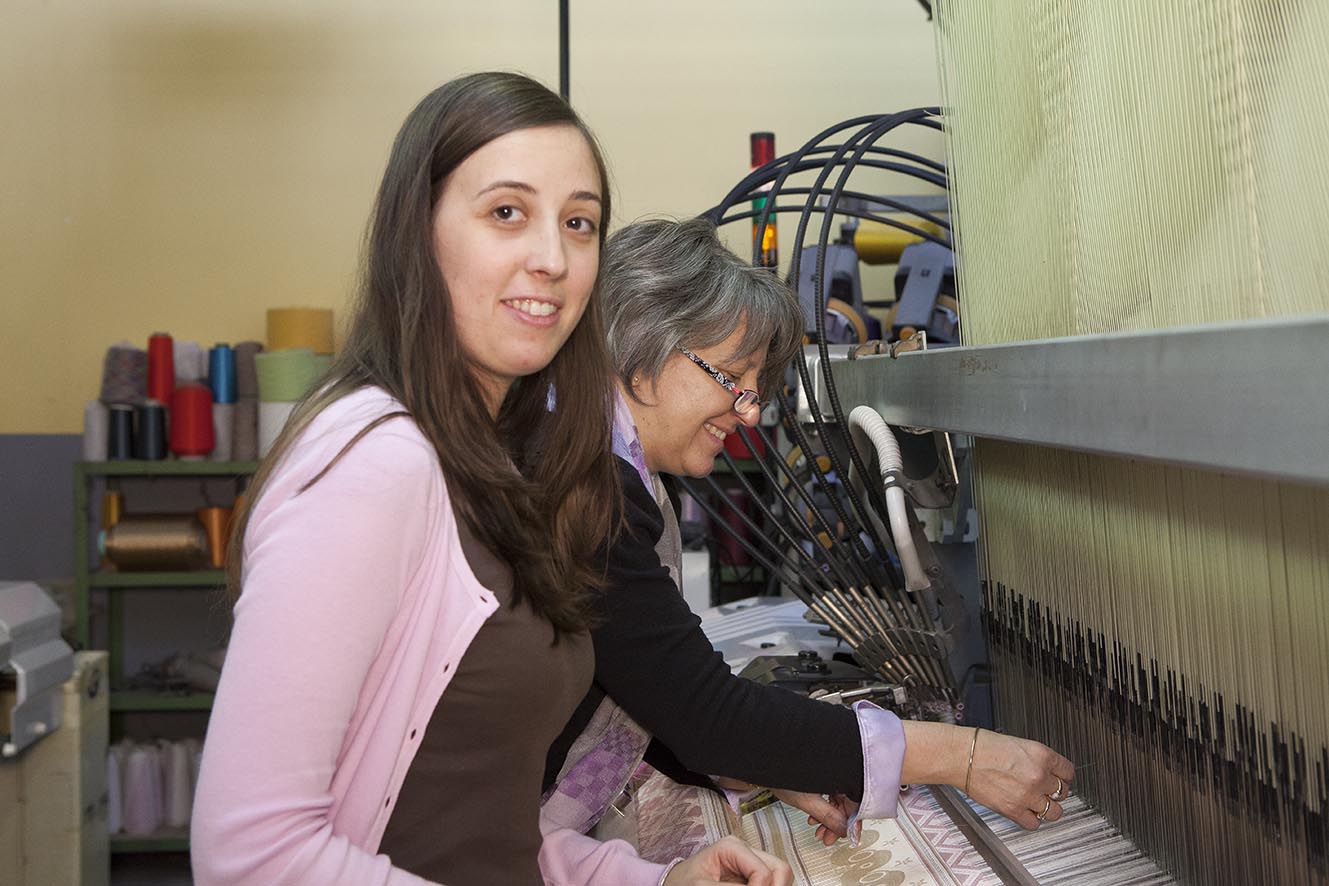 Today, the French Scarf is the inheritor and continuation of all the men and women who worked tirelessly for their passion. With more than 40 years of experience in making scarves, and more than 200 years of experience in Jacquard weaving, the French Scarf is one of the all-too-rare true French weaving ateliers. Possessing the distinction of a Business of Living Cultural Heritage (EPV) since 2007, our small workshop in Lyon is a veritable treasure. With a dozen machines, Christine and her daughter passionately design and weave scarves with the highest quality materials: mulberry silk, Egyptian cotton, and merino wool. Thanks to their family archives and the skills that have been handed down to them through the seven generations before them, they create original and fashionable scarves, with the utmost respect for the authentic traditions of Lyon weavers.

Discover their Made in France creations, and become a true part of this truly exceptional adventure through time and fashion.